The call to action on the Iron and Earth website says it all:

“As oil sands workers, or friends and family of somebody in the energy industry, we acknowledge the contribution of fossil fuel extraction projects to our lives and livelihoods. As global citizens, we also acknowledge the need to reach climate change targets. Let’s seize this opportunity and create jobs in the renewable energy sector.” 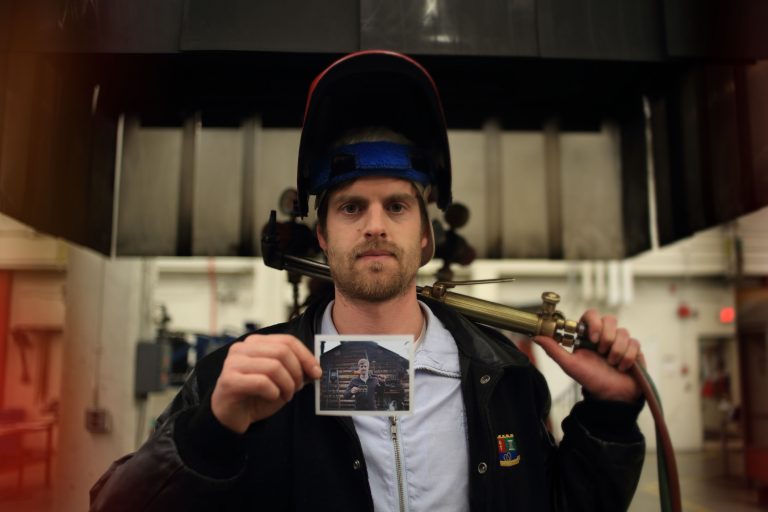 Lliam Hildebrand is a boilermaker and oilsands worker that helped found Iron and Earth to call on training in renewable energy for out of work oil workers.

Lliam Hildebrand is first and foremost a boilermaker. On his last oilsands project in northern Alberta, a colleague said to him over lunch, “Man, oil prices are still dropping. They’re going to go below $30 soon, and if we don’t start diversifying our jobs into renewables, our union is screwed.”

It was many conversations like this that inspired Hildebrand to join forces with other like-minded oilsands workers to start Iron and Earth, a campaign calling for training and retraining in renewable energy.

“Our primary goals are number one, to build up the workforce capacity to build renewable energy projects in Canada and in Alberta,” says Hildebrand, now the executive director of Iron and Earth. “Secondly, we want to help build up the manufacturing sector required to build renewable energy. And third, we want to ensure that our contractors and unions can position themselves within this emerging sector.” 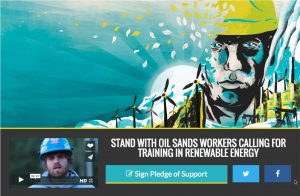 Iron and Earth has attracted 4,000 supporters and 450 workers interested in renewable energy training since launching.

The campaign has really taken off. “It’s been absolutely incredible, the amount of attention and support we’ve received so far,” says Hildebrand. “We only launched a month and a half ago, and we already have 4,000 people who have signed our pledge and over 450 of those are actually workers interested in the program and excited about our initiative.”

Hildebrand says that diversification is already built into how various trades operate.

“We’re going to need these oil-sector jobs for a very long time,” says Hildebrand. “But new construction opportunities are largely going be in renewable energy. Renewable energy investments were more than double that of fossil fuels in 2015, and that trend is going to continue.”

“We have an incredible opportunity in our society today to really own this pivotal moment. We have recently signed the Paris accord, there are all kinds of national climate commitments being made. A number of provinces have made very ambitious climate commitments — Alberta to transition to 30 percent renewable energy by 2030, and we have Saskatchewan making a 50 per cent commitment by that same date.”

And for Hildebrand all of this renewable energy development means jobs. “It’s going be an explosive industry. I think a lot of people underestimate how much this is going to really change Canada.” 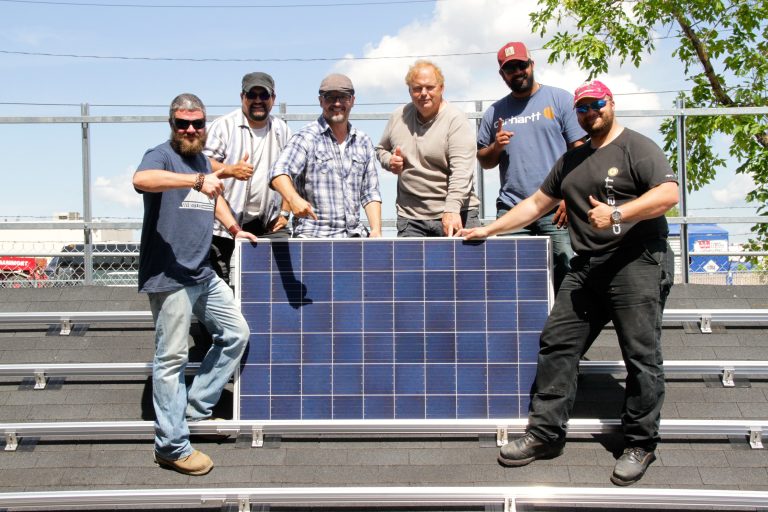 Iron and Earth is developing a solar skills campaign; and working with Randal Benson of Gridworks Energy to design solar training programs. Photo is from a Gridworks solar course. Photo David Dodge, GreenEnergyFutures.ca

The Iron and Earth idea is rapidly evolving. Hildebrand says his new organization is looking at four projects or campaigns. “Our primary focus right now is our solar skills campaign, where we are going to retrain 1,000 electricians and other tradespeople with solar PV, solar heat, energy efficiency, and EV charging station skills.”

“Our priority goes to out-of-work electricians. So imagine you’re an out-of-work electrician, and if you sign up to this program, we start our first project this fall. So show up on-site, do a couple days of class time learning about the entrepreneurial opportunities in the solar PV world and industry. And then you go on to the roof and install the system,” says Hildebrand.

The training program they envision will run for four weeks, with other solar skills training following the solar PV module.

Iron and Earth already has a list of 450 workers interested in training programs and this has certainly helped Hildebrand get audiences with politicians like the federal environment minister.

“We got an opportunity to meet with Catherine McKenna already,” says Hildebrand. “It’s pretty exciting that we’re able to have meetings at that level already, and it really showcases the need for these practical solutions-based projects and initiatives.”

First we take Alberta, then Newfoundland 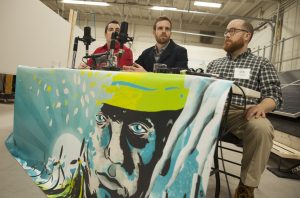 Iron and Earth Boilermakers Joseph Bacsu, and Lliam Hinderbrand with electrician Adam Cormier at the press conference announcing Iron and Earth an organization that is lobbying for training for unemployed oil workers.

A second initiative of Iron and Earth is to start a Newfoundland chapter. “One of our directors is from Newfoundland and when he arrived home there were a ton of people contacting him, just really overwhelming amount of support from workers in the province,” says Hildebrand.

Adam Cormier organized a meeting in Newfoundland and, within 48 hours, had 35 workers signed up. Soon after the International Brotherhood of Electrical Workers pledged $5,000 for the effort.

The third initiative Iron and Earth is working on is an interactive website for workers that will include a directory of renewable energy stakeholders and “a space for workers to meet each other.”

“We’re also running a worker’s climate plan campaign … that will be focused on engaging workers around the federal climate consultation,” says Hildebrand.

What about renewable energy and jobs?

“From the numbers we’ve been looking at, it seems that solar industry employs approximately 10 times the number of workers in comparison to wind energy. Now, wind energy is also a cheaper source of energy and is going to make up the majority of the larger renewable procurement in Alberta and in Saskatchewan, but it’s going to be really important that we make sure that we’re also exploring these other renewable energy technology types such as solar, geothermal, biomass and biofuels,” says Hildebrand. 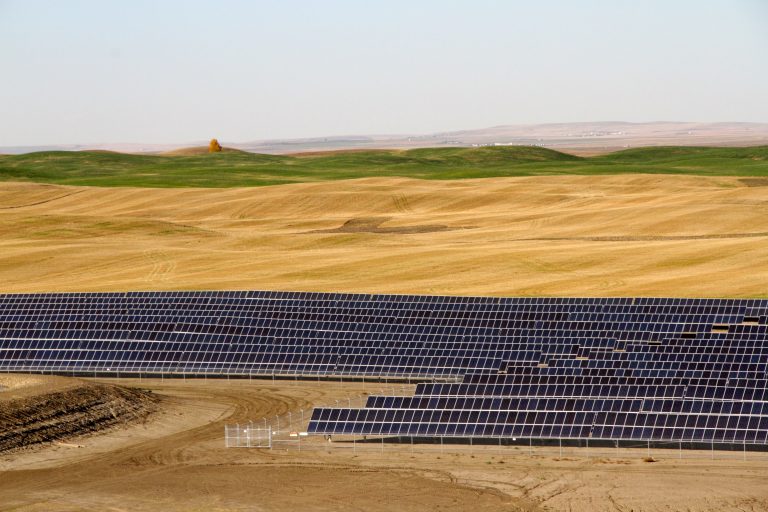 Solar produces the most jobs, says Hildebrand, but a lot of wind development is coming because its cheaper. Photo David Dodge, GreenEnergyFutures.ca

No one has run the numbers for the ambitious pledges made by Alberta and Saskatchewan, but building somewhere between five and 10 gigawatts of renewable energy will most certainly produce jobs here.

With the tragic fires in Fort McMurray, it’s been a difficult few weeks for Hildebrand’s colleagues in the oilsands. “It’s pretty rough. I actually received a call from one of my friends who was almost in tears when that was all going down. She wasn’t sure if her husband was going to actually escape in time, and it’s crazy. There’s a lot of families like hers, whose houses didn’t escape those fires. And considering the amount of economic downturn that’s happening in that community right now, it’s just unreal,” says Hildebrand.

For Hildebrand it’s not solar versus oilsands, but he sees this as a pivotal point in history where new opportunities can be created for all energy workers.